The Director of the Agency, Bekim Emini, attended the press conference of the Deputy Prime Minister of the Government of the Republic of North Macedonia in charge of economic issues, coordination with the economic departments and investments, Fatmir Bytyqi, about this year’s payment of state aid for investments to companies. 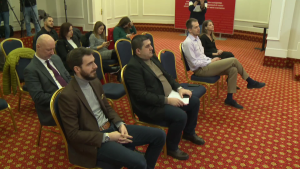 “The establishment of the Economic Growth Plan in 2017 and its realization and success in these 5 years, confirms that this Government knows the right path for economic growth and development of the domestic economy. This year alone, 645 companies have received assistance under the Plan for Economic Growth, which includes the Law on Financial Support of Investments, the Fund for Innovation and Technological Development, and the Law on State Aid Control.

And this year, we will continue to provide strong support to investment companies that improve their competitiveness through new manufacturing processes, the introduction of new technologies, and the creation of higher-paying jobs.

The relationship of support, trust, and partnership grows from year to year, as evidenced by the number of signed contracts with businesses.

We signed 630 contracts between 2017 and 2022, of which 546 are currently active and 84 are completed contracts on various grounds. That is, 69 contracts, or companies, have completed their investment cycles, while 15 have requested amicable termination of the signed contracts. 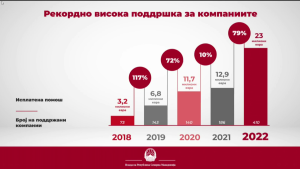 In 2022, 277 new contracts were signed, by far the highest number since the law was passed.

These are just a few facts that confirm the positive growth trend of companies and increasing their competitiveness, but at the same time a key factor, increasing the confidence of the private sector in the partnership relationship with the Government. 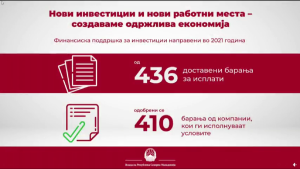 As you can see on the screen behind me, we have a record payment of 23 million euros this year, as well as a record number of companies supported, 410 under the Law on Financial Support of Investments. Since we began this program in 2017, the number of companies as well as the support budget has grown year by year. In comparison to last year, we have a 79% increase in paid financial support this year, from 12.9 million to 23 million euros. The remaining increases are shown in the chart behind me.

This year, 436 requests for payments from businesses have arrived, with 410 of them meeting the conditions and being approved for financial support for investments under the Law on Financial Support for Investments. These companies invested 100 million euros in 2021 and received 23 million euros in state aid. 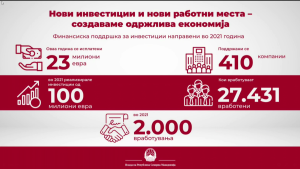 This is how we collaborate with companies to increase their competitiveness through the introduction of new technologies, new manufacturing processes, overall development, and, of course, the creation of new and better-paying jobs. In the previous year 2021, these companies created 2,000 new jobs, and they employ a total of 27,431 people,” stated Deputy Prime Minister Fatmir Bytyqi at today’s press conference.

Digitalization as a response to the current crisis

Today, the director of Invest North Macedonia, Mr. Bekim Emini, gave a ceremonial address at an event organized by MASIT, in cooperation and support of the Agency for Foreign Investments and Export Promotion on the topic: “Digitalization as a response to the current crisis”. 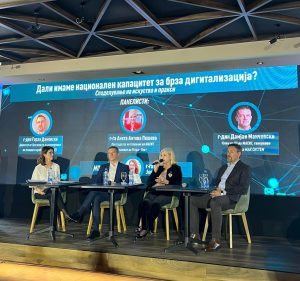 The event discussed the topic of digitization and how it affects, acts, and helps during the current crisis by presenting innovative topics, trends, and solutions that are available on the market by ICT companies, as well as sharing experiences and best practices from the country and region on the subject of digitization by eminent experts from the country and region. 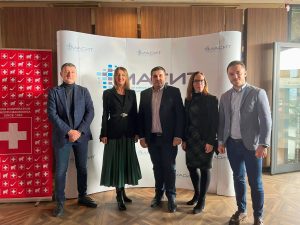 Within the Agency’s operations, the ICT sector has taken the place of a priority sector, so the cooperation and support we provide will be expanded even further.

Investment opportunities presented to the business community from Turkey

Dozens of businessmen and investors from the Rumelisiyad business association in Bursa, Republic of Turkey, met today with Vice Prime Minister Fatmir Bytyqi and Bekim Emini, director of the Agency for Foreign Investments and Export Promotion. 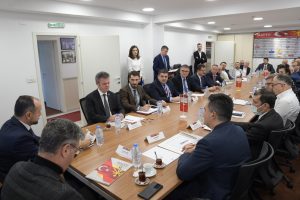 During the meeting, the guests were introduced to the country’s investment opportunities as well as the benefits of investment support measures, and many of their questions and concerns about investments in various sectors were addressed. 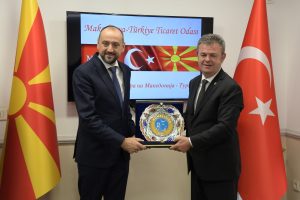 Many Turkish companies operate successfully in the country, and it is expected that new ones will emerge as a result of today’s meeting and the expressed concrete interest, thus continuing the traditionally good economic and political relations between the Republic of North Macedonia and the Republic of Turkey.

Signed Memorandum of Understanding between the Agency for Foreign Investments and Export Promotion and the Delegation of the German Chamber of Commerce based in Skopje AHK Nordmazedonien. 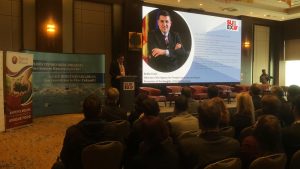 Invest North Macedonia is participating with its stand at the SUBEX – Suppliers Balkan Expo business event.
The event is being held in Skopje today and tomorrow under the organization of the Delegation of the German Chamber of Commerce.
At SUBEX – Suppliers Balkan Expo, 20 companies are represented as exhibitors with a stand, and 300 company’s representatives from the Region and Germany are also present at the event.
More than 150 B2B meetings are on the schedule for connecting domestic supplier companies from the IT, metal, electrical, textile, wood and, food industries with buyer companies from Germany, Greece, Romania, Turkey, Albania and, Kosovo. 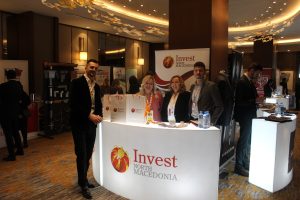 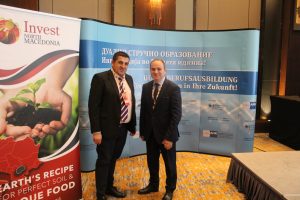 The Delegation of the German Economy in North Macedonia (AHK Nordmazedonien) organize Suppliers Balkan Expo 2022-SUBEX, which will be held on November 15th and 16th with an exhibition section, panel discussions and B2B meetings at the Hilton Hotel in Skopje.

Within the framework of the two-day event, Invest North Macedonia will take part with its own stand – an exhibition space where several companies from the country will be presented.

The director of the Agency, Bekim Emini, will give an introductory speech on the first day of the opening of the SUBEX_Supplier Balkan Expo. 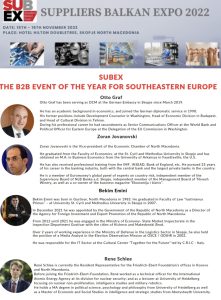 This two-day event is intended for companies from the metal, electrical, IT, textile, wood and food industries.